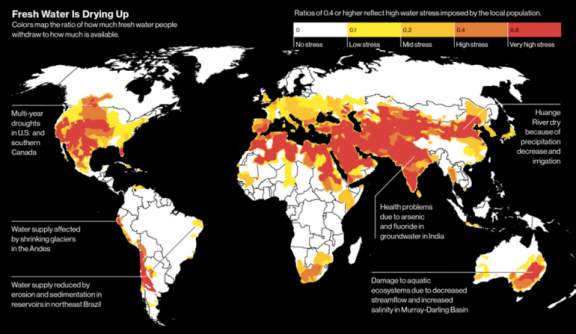 On a Mediterranean beach 10 miles south of Tel Aviv, Israel, a vast new industrial facility hums around the clock. It is the world’s largest modern seawater desalination plant, providing 20 percent of the water consumed by the country’s households. Built for the Israeli government by Israel Desalination Enterprises, or IDE Technologies, at a cost of around $500 million, it uses a conventional desalination technology called reverse osmosis (RO). Thanks to a series of engineering and materials advances, however, it produces clean water from the sea cheaply and at a scale never before achieved.