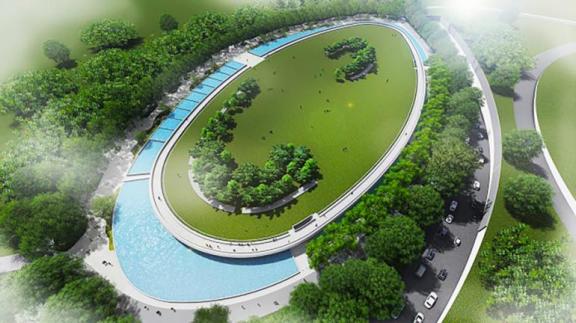 Desalination is an important component of Singapore’s water supply – and the island country has a new desalination plant in the works decked out with green features. The large-scale facility can treat both freshwater and saltwater, and according to Today Online and other local news outlets, it’s thought to be the first one of its kind in the world.

The Keppel Marina East Desalination Plant will be the first of its kind in Singapore, and some publications say in the world. It will be the country’s fourth desalination plant, but the first large-scale dual-mode one. It will treat water from the sea or the Marina Reservoir, depending on whether the weather is dry or wet. Keppel Infrastructure is constructing the plant under a 25-year Water Purchase Agreement with Singapore’s national water agency, PUB.