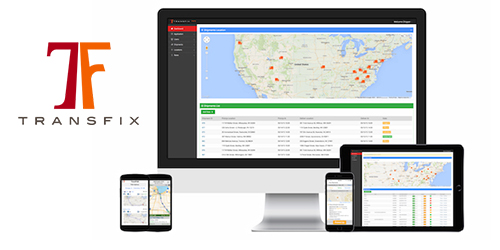 Logistics technology startup Transfix has raised another $42 million in funding from the venture capital firm New Enterprise Associates (NEA) and other partners, bringing it to nearly $79 million in capital being funneled into its startup online truckload marketplace.

The third and latest round, announced Wednesday, also included such investors as Canvas Ventures and Lerer Hippeau Ventures. The size of the three funding rounds is unusually large for a relatively new broker that does not have the cache of a company like Uber Technologies Inc., according to several observers. New York-based Transfix would not comment on its profitability, or even say if it is profitable. Nor would it disclose customer names. It said its customers are primarily in the retail, food and beverage, and manufacturing industries.

In an interview, Drew McElroy, Transfix's founder and CEO, acknowledged the young startup was fighting for market share in the crowded "Uber for trucking" segment. "Yes, there are other rivals in this area, and we keep an eye on Uber, Amazon, and a handful of other startups, but we believe our solution is more robust and comprehensive," he said.

McElroy argued that Transfix's solution is more comprehensive than rival startups pitching online freight marketplaces because it handles a wider variety of loads.