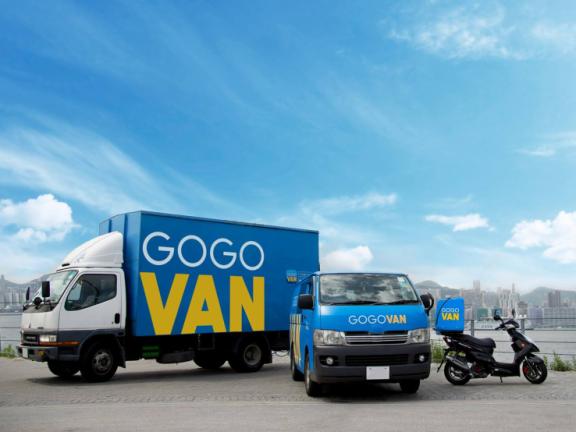 Hong Kong logistics company GoGoVan has agreed to a merger with 58 Suyun, the freight business of mainland Chinese online classifieds giant 58 Home, creating the city’s first start-up worth more than US$1 billion.

The merger would also create Asia’s largest online platform in the intra-city logistics and freight business, according to China Renaissance Group, which served as exclusive financial adviser to the deal.

Terms of the deal were not disclosed ahead of a joint press conference scheduled on Tuesday by GoGoVan and 58 Home’s senior management.

A market source, however, said the transaction valued the merged company at more than US$1 billion, making it the first “unicorn” in Hong Kong.

“If that valuation proves accurate, then this deal would serve as a much-needed source of inspiration for Hong Kong’s start-up scene,” said Paul Haswell, a partner at international law firm Pinsent Masons.

The merger will add Gogovan’s smartphone app-based service that finds vehicles for people seeking deliveries to 58 Suyun’s searchable database of services such as cleaning and removals.

“The combined company will leverage 58 Suyun’s existing premium brand, large user base and online traffic for a quick expansion into 300 cities in mainland China,” GogoVvn founder Steven Lam Hoi-yuen said in a statement.

Founded in July 2013, GoGoVan has established a sprawling online logistics and freight operation in 14 cities across six Asian markets. It counts more than 180,000 registered drivers on its mobile application, enabling businesses and individuals to hire a driver with anything from a light-goods vehicle to a 16-tonne truck within seconds.

In May last year, GoGoVan was among the first batch of start-ups to get funding from e-commerce powerhouse Alibaba Group Holding’s Hong Kong Entrepreneurs Fund.

58 Home, which is operated by New York-listed 58.com, achieved unicorn status before the GoGoVan merger during an equity funding round in October 2015, when it received a US$300 million investment from a group led by Alibaba, Ping An Insurance (Group) and private equity firm KKR.