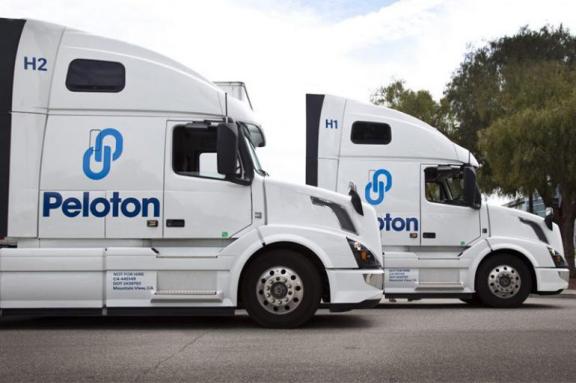 Growing numbers of venture capital firms are pouring money into start-ups that promise to reinvent some or all of the massive global trucking ecosystem that remains the backbone of the world economy. The potential opportunities to disrupt this enormously complex industry have attracted investors that include corporate VCs in the trucking industry and marquee names from Silicon Valley.

The advent of smarter and more connected trucks is drawing the attention of investors who see an opening to innovate. Once these VCs grasp the size of the potential market for trucking services, their minds and checkbooks open quickly.

They see logistics and trucking technology as the key to disrupting numerous other businesses. That means even bigger investment opportunities and returns may be found down the road.

“A lot of the tasks that were previously done offline for trucks are now being digitized, and it’s going to impact this industry tremendously,” said Paul Asel, a managing partner for Nokia Growth Partners.  “But if you start thinking through different industries that trucking impacts, it becomes even more significant. That’s why I’m investing in this space.”

According to CB Insights, a venture capital data firm, trucking-related startups raised $583 million across 33 deals in 2017 through July 2013. That figure doesn't include the $62 million raised by Seattle-based Convoy last week.

CB Insights has been tracking transportation venture capital for several years, but broke trucking into its own category last year because activity had become so significant, according to analyst Kerry Wu.

“People are realizing that trucking is a large opportunity,” Wu said. “With the driving patterns on highways, the use cases for connected and autonomous technologies are much more evident than with passenger cars.”