Never again will you need to ask your taxi driver to take the scenic route as you’re flown from one location to another, much faster than by car and with significantly less environmental impact. That’s the promise of the five-seater Lilium jet, a new kind of all-electric vertical take-off and landing (VTOL) device being developed by a startup based in Munich, Germany, which, until just a few years ago, had yet to come into existence.

“The founding mission of the company was to enable everyone to use this kind of transportation system in their everyday lives,” Lilium co-founder and CEO Daniel Wiegand tells TechCrunch. “We want to be the leading company enabling every person to take a jet instead of using the car and be five times faster to their destination… There’s going to be an app and from day one you’ll be able to book this airplane as a service”. 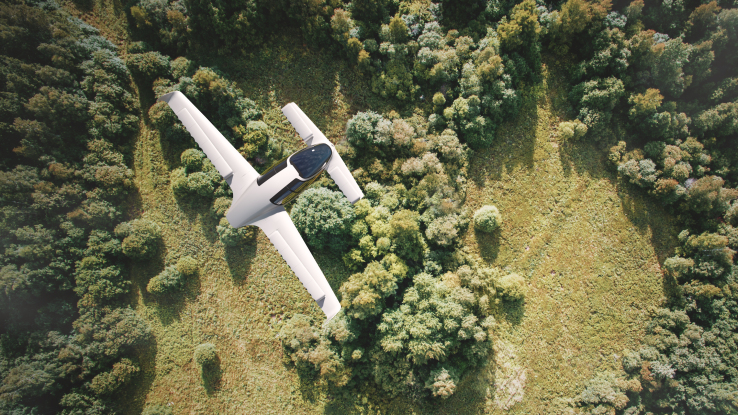 Despite what you may have read elsewhere, however, day one is still “several years” off, with Wiegand describing the Lilium jet as following a classic development timeline for any new aircraft of its size. That’s not to say that the startup hasn’t made significant headway to date, including a first public and successful flight in April for a two-seater and remote operated version of the jet, which, says the Lilium CEO, didn’t go unnoticed by investors.

Today the company is announcing it has closed $90 million in Series B funding, up from the $10 million Series A Lilium raised a year ago. Backing the round are Tencent; LGT, the international private banking and asset management group; Atomico, Lilium’s Series A backer founded by Skype co-founder Niklas Zennström; and Obvious Ventures, the early-stage VC fund co-founded by Twitter’s Ev Williams.

The Lilium jet’s party trick is that multiple engine flaps tilt from a vertical into a horizontal position depending on the jet’s flight mode. During take-off, the flaps are tilted vertical to enable the engines to lift the aircraft, but, once airborne, the flaps transition slowly into a horizontal position to enable the aircraft to accelerate until enough lift is provided by the wings alone, just like a conventional airplane.