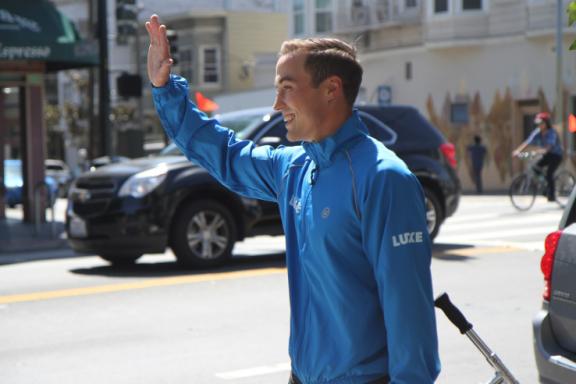 After a pivot and months of speculation about the future of car valet and concierge startup Luxe, the company has finally found a home. Today, automaker Volvo Cars announced that it is acquiring the startup’s platform, technology, key staff and other assets, which it will use to put some fuel into its own digital services strategy.

The terms of the acquisition are not being disclosed, but we are trying to find out. The startup, according to Pitchbook, had previously been valued around at least $140 million post-money in its last round of funding, which came from Hertz in 2016 (on a $110 million pre-money valuation, according to our report). One source close to the deal tells us that the terms here were closely guarded, and that the assumption at this point is that it was ‘pennies on the dollar’ based on the last valuation.

Luxe’s service had allowed drivers to drop off their car at any point in a city where services are offered, whereupon a professional valet would find a parking spot for the vehicle, and refuel and clean the car if requested.

As part of the acquisition, Luxe’s CEO and co-founder Curtis Lee is becoming VP of digital for Volvo Cars. “The entire team is coming over including Craig (Martin, co-founder of Luxe),” Lee wrote in an email to TechCrunch. “Craig will be continue to lead our engineering team.”