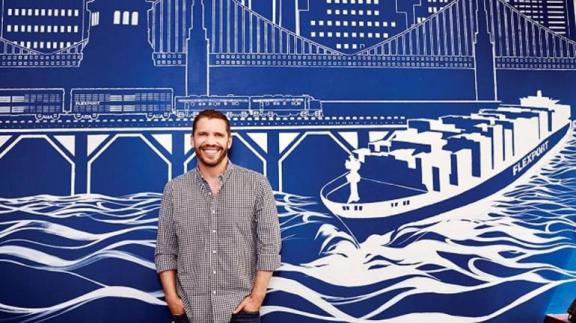 Flexport, the shipping logistics company that launched in San Francisco just four years ago, is set to close a $110 million Series C funding round. The investment values the company at $910 million post money, says Wesley Chan, managing director at Menlo Park VC firm Felicis Ventures, an early investor in Flexport. The new round will bring the total capital invested to $204 million. Flexport is one of the 25 companies on Forbes’s 2017 list of next billion-dollar startups.

Flexport CEO and founder Ryan Petersen said by text on Monday that he was reluctant to comment on the new round because it had not yet closed. But he confirmed a report that he had turned away investors who would have valued the company at more than $1 billion. “We’ve always sought the best investors, and the investors who can help the company the most don’t always offer the highest valuation,” he said by text.

Only Flexport’s previous investors joined the round, led by DST Global, the Hong Kong-based firm headed by billionaire Yuri Milner that once owned 8% of Facebook. Billionaire Peter Thiel’s Founders Fund is also participating. Investors are eager to get a piece of Flexport, says Chan, because it’s very rare to see such a young company with substantial revenue. The company expects revenue to hit $500 million this year.