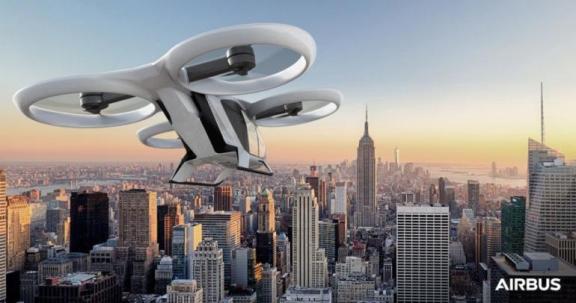 Airbus’ Flying Electric Taxi is on Track to Soar Next Year

Vertical takeoff and landing (VTOL) vehicles are really taking off, and Airbus is set to launch a VTOL taxi by next year. The multi-passenger CityAirbus is powered by electric motors and it’s designed to one day operate autonomously. The CityAirbus could allow commuters to escape traffic by turning to an affordable, environmentally friendly new mode of travel.

CityAirbus chief engineer Marius Bebesel said in a statement, “We now have a better understanding of the performance of CityAirbus’ innovative electric propulsion system, which we will continue to mature through rigorous testing while beginning the assembly of the full-scale CityAirbus flight demonstrator.”

The CityAirbus boasts what Airbus describes as a four-ducted propeller configuration, which boosts safety and helps yield a low acoustic footprint. 100 kilowatt electric Siemens motors and four batterieshelp the CityAirbus get from point A to point B. 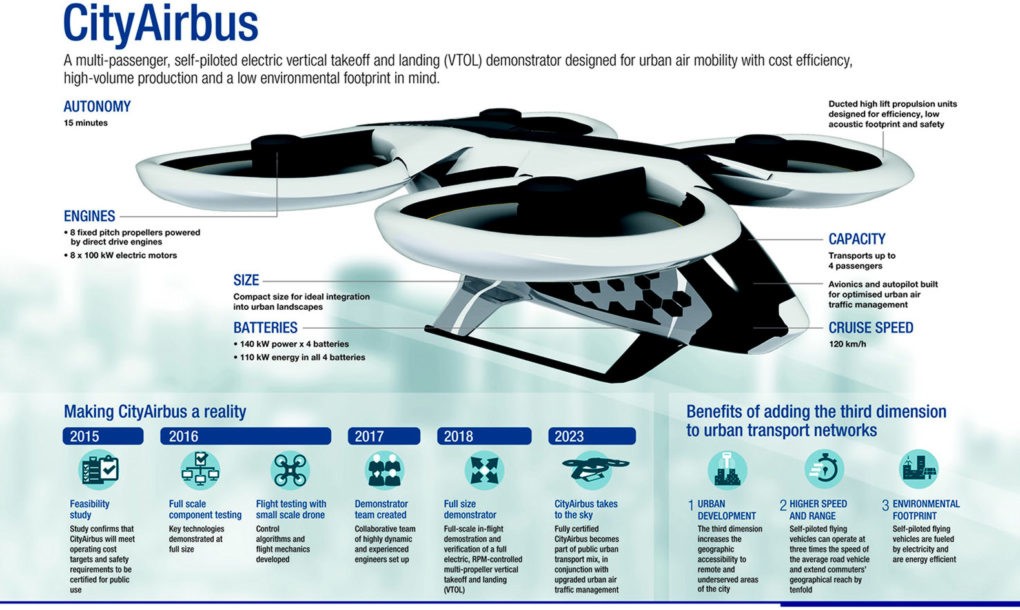 As many as four people will be able to ride in a CityAirbus, which will cruise at a speed of 120 kilometers per hour, or around 75 miles per hour, along fixed routes. In the beginning a pilot will fly the VTOL, but Airbus plans for the vehicle to one day pilot itself.

Airbus said there are benefits to adding a third dimension of travel to urban transportation, such as opening up accessibility for underserved or remote areas of a city. Self-piloted vehicles in particular can operate around three times faster than a typical road vehicle, and are energy efficient, running off electricity. Airbus said their VTOL method of travel will be quick and affordable.