Uber and NASA Team Up to Launch Flying Taxis by 2020

Although Uber has suffered some setbacks recently in Europe, it seems to be clear skies in the United States for the ride-hailing/future self-driving car company. In a speech at the Web Summit in Lisbon, Portugal, Jeff Holden, head of product at Uber, announced that the company has signed a Space Act Agreement with NASA to design and enact an air traffic control system for its prospective flying taxi fleet as part of its Uber Elevate service. Uber hopes to get its taxis airborne by 2020, with three cities – Dallas-Fort Worth, Dubai, and now Los Angeles – serving as test sites. With its agreement to develop software with NASA, Uber has taken one step closer towards take-off.

In a video shown at Uber’s NASA collaboration announcement, the public is offered a look into how Uber Elevate would function. Just as it is for its earthbound service, users would hail a cab using the app. After booking a flight, users would head towards a designated port, shown on top of a tall building in the video, where they would board their taxi. The video demonstrates the flying taxi’s traffic dodging ability by showing riders soaring over gridlock and highways-turned-parking-lots. The company claims that the flying taxi service could turn an hour and a half drive from LAX to the Staples Center in Los Angeles into a half hour pleasure cruise. “Closer than you think” is the tagline that concludes the video, hinting that the long-promised future featuring flying cars may finally be arriving. 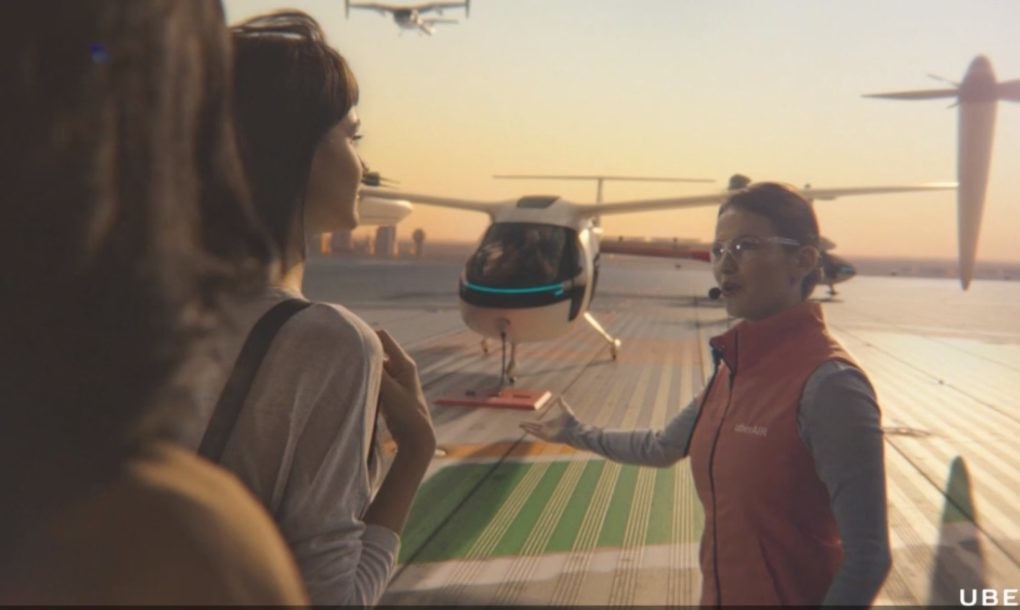 Uber’s flying taxis, and those of other companies hoping to get into the game, are known as vertical take-off and landing (VTOL) craft. By design, they are easier to land and take off because of their ability to hover in place. Uber is partnering with five companies, Aurora Flight Sciences, Pipistrel Aircraft, Embraer, Mooney and Bell Helicopter, to procure its vehicles, all of which will be electric. Uber is similarly partnering with ChargePoint to enable its vehicles to quickly recharge at vehicleports. Perhaps most ambitiously, Uber intends for its Elevate service to be priced similar to its UberX service. With credible collaborators in tow and a globally established brand, the sky seems to be the limit for Uber.