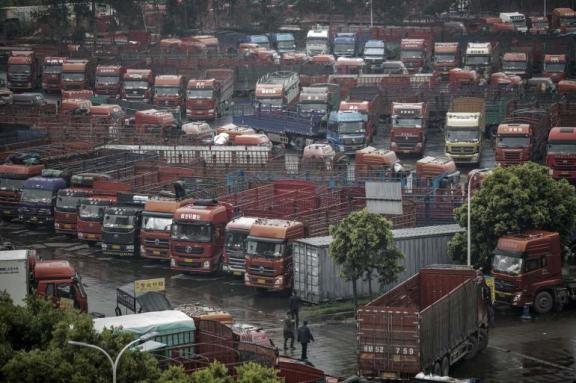 Huochebang and Yunmanman, China’s two biggest apps for Uber-like truck services, have agreed to merge, creating a company valued at more than $2 billion, people familiar with the matter said.

Wang Gang, a backer of Yunmanman’s and an angel investor in ride-hailing giant Didi Chuxing, will become the chief executive officer of the new entity, the people said, asking not to be identified because the information is private. The companies are already in the process of seeking new funding to sustain their rapid pace of expansion, the people said. They could announce the deal as early as Monday, the people added.

The merger would end a costly and frosty battle and create a dominant player in a domestic trucking market estimated to be worth 5 trillion yuan ($753 billion). It’s the latest corporate tie-up to emerge from an increasingly competitive technology sector, the most prominent being the marriage of Didi Chuxing and Uber’s Chinese business.

Yunmanman and Huochebang -- known also as Truck Alliance -- compete in a sector where more than 200 outfits are fighting for a slice of business. While 80 percent of the country’s cargo is carried by road, trucks often spend hours standing empty in vast parking lots and their drivers rely on typically chaotic service centers to find their next load.

Both companies are backed by investors with deep pockets and use technology to match drivers with cargoes via their smartphones, as well as sell truckers toll cards, gasoline, tires and second-hand vehicles.