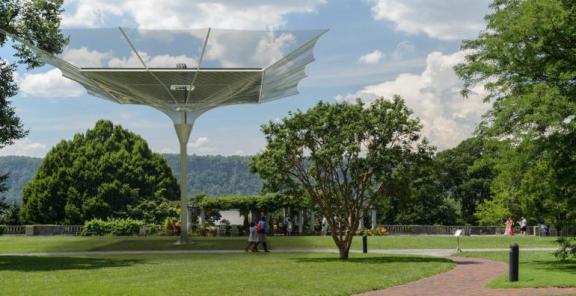 With large pockets of the country receiving high levels of rainfall periodically, it is a travesty that most of it goes wasted. The country's position on the global map also ensures that it gets adequate sunshine throughout the year - which again can be harvested to fuel multiple needs.

"What makes it unacceptable is that solar energy and rainwater harvesting - although practised for ages - has not caught on in the mainstream landscape despite being simple," says Samit Choksi, who along with his wife Priya Vakil developed an innovative solution that combines both. 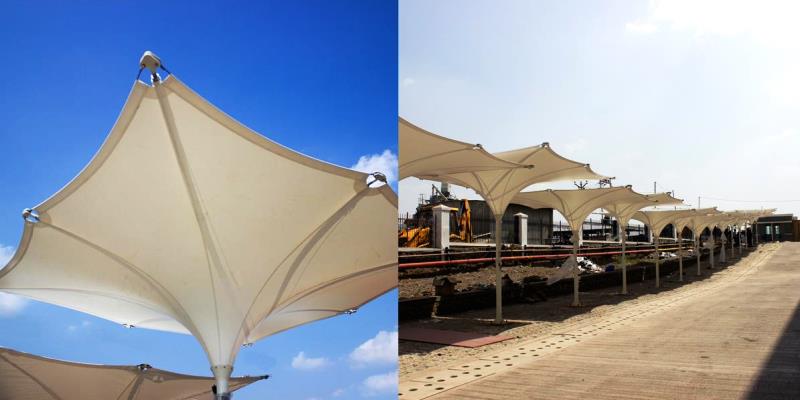 Launched in 2015, clean-tech startup ThinkPhi has conceived and constructed a sustainably engineered product that purifies water while simultaneously creating energy.

ThinkPhi's upturned canopy equipment can harvest and filter up to 85,000 L of water at a time during the rainy season and a maximum solar capacity of 1.5KW on a single charge during dry days.

Powered by a central operating system called the 'phi-box', it uses a smart algorithm to supply solar-powered lighting whilst providing quality drinking water through an inbuilt filter.

"Designed to be (ideally) used in clusters controlled by one phi box, its sensors collect data from the environment and alert the building warden or customer via an app in case of any system maintenance," says Choksi. "It also calculates the quantum of resources collected and measures water purity. Additionally, users can also register complaints or get help in case they run into any technical issues," he added.

Constructed out of polished stainless-steel, the smart inverted umbrellas weigh at least 100 kg (depending on the version) and come with custom height adjustable configurations. The canopy for model 1080 (the smallest) measures 4m x 4m and is integrated with solar modules.
According to the company, it is the 'world's first integrated plug-and-play system for clean water and energy.' 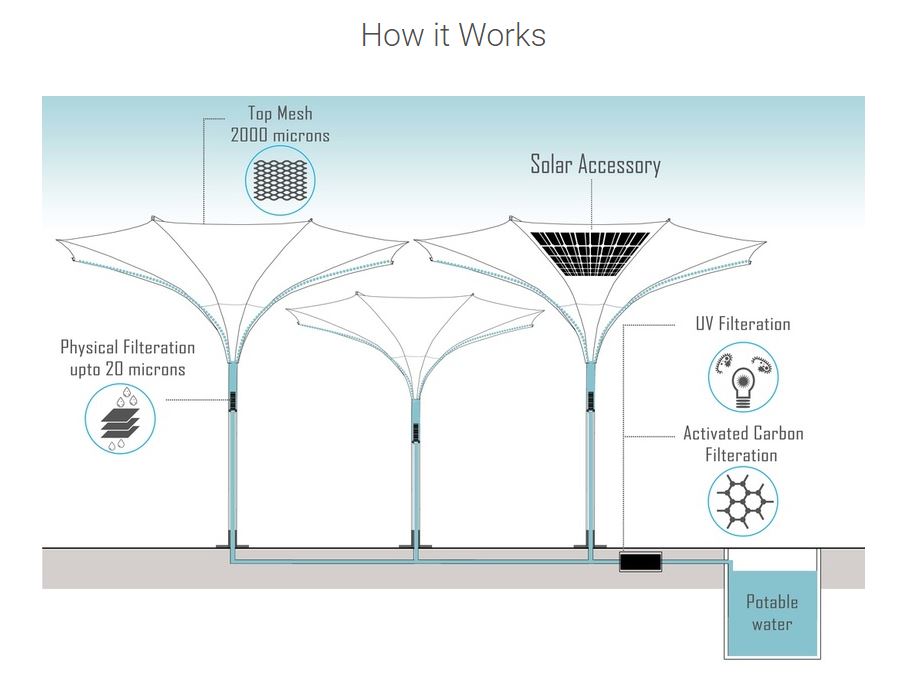