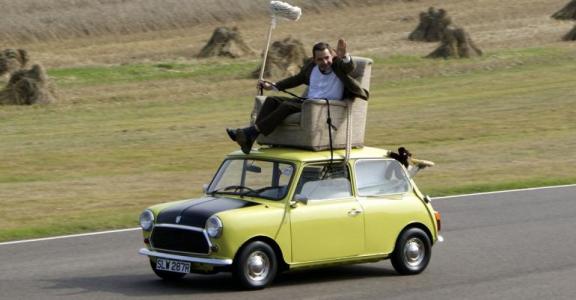 The future belongs to autonomous cars: what driverless driving will mean for you?

Autonomous cars have captured the imagination of the automobile industry and the consumer for decades. But early models of driverless cars have been relegated to R&D labs in places like MIT and Stanford; viewed more as carnival attractions than viable modes of transportation. Companies like Tesla and Google (through its Waymo project) are among the most visible proponents of autonomous vehicles but even with the full extent of resources available to these industry giants, the technology has yet to evolve to a level of optimization necessary for mass roll-out and adoption.

Just last year, while testing a prototype, a Tesla autonomous car was inadvertently involved in the fatality of one of its passengers. The company was ultimately vindicated since the car had not been 'taught' how to safely navigate the unique situation it faced. The AI model used to enable these prototypes relies on a 'deep learning' process that requires human input of annotated data to instruct the car to react to a given situation. Without manual data instruction, the car cannot react appropriately.Why advertise with usHowever, in the very short term that will no longer pose a problem.

New models of AI-enabling technology, being pioneered by companies like Cortica, are based on 'unsupervised learning' methods that quite literally bring cars to life so that they learn and react all on their own ... just like you and I do.

This breakthrough in next generation AI will finally enable autonomous cars to become commonplace. Their advent will be as disruptive to our lives as the introduction of the first mass-produced car, the Ford Model T, in 1908.

On a very practical level, over the course of the next decade it will become commonplace for drivers to share the road with driverless vehicles as the industry moves ever-closer toward vehicular autonomy and away from human control. Of course, the impossibility of eradicating human error means accidents will still occur along with heightening debate of the advantages and disadvantages of man vs machine.

It is still unknown how the auto industry will evolve to accommodate and facilitate consumer adoption of autonomous cars. Several different paradigms have been floated with industry leaders speculating that autonomous vehicles will usher in a more service-based approach to mobility, limiting individual car ownership in the process. This "fleet model" approach for meeting the needs of an increasingly mobile society will transform and streamline the way we currently travel. Ride-sharing and other more efficient options will be introduced to accommodate multiple commuters with fewer resources. Travelers will likely employ the services of an autonomous vehicle only for the duration of their trip with the vehicle moving on to its next assignment when the trip ends. Parking lots will also eventually become unnecessary.

Autonomous cars will (finally) introduce a solution for other driver-related issues ranging from driver fatigue and inattentiveness to driving under the influence of alcohol or other substances. It will almost certainly reduce the number of accidents and fatalities caused by motor vehicles every year. Initially, consumers will likely need an adjustment period to fully accept and become comfortable in an autonomous vehicle but no more so than the original horse-and-buggy driver needed to adjust to the motor vehicle.

Another benefit will be a significant reduction in air pollution from highly damaging car emissions (most especially from diesel fuel) that have been linked to maladies ranging from Autism in children to cognitive decline in older adults. Concerns about emissions fumes and their effect on the most vulnerable among us, children and seniors, have been raised many times by The World Health Organization and other leading watchdogs. Autonomous vehicles will almost exclusively have electrical power sources. However, even in cases where traditional petrol-based fuels are still used, optimized driving strategies - which can be programmed into the 'brain' of the vehicle - have been estimated to reduce gas consumption by as much as 44% in the long term.

Traffic jams and incidents of 'road rage' that result from increased commuter stress levels will also decline as autonomous cars will routinely cross-communicate within the entire network of enhanced vehicles to chart optimal driving patterns and strategies. Given that Americans currently spend 6.9 billion hours annually sitting in traffic, wasting an estimated 3.1 billion gallons of fuel and incurring an additional $160 billion annually in congestion related costs, this will be a welcomed respite.