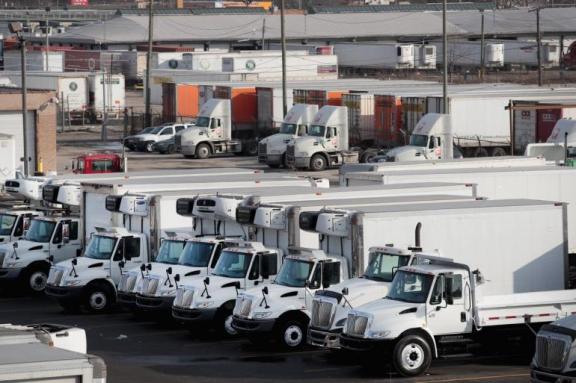 FourKites Inc., a startup that tracks freight shipments in real time, said it has raised $35 million to expand its operations abroad and improve its ability to predict shipping times.

The Chicago-based company makes software that shows shippers and logistics companiesthe location of their cargo and alerts them to potential delays.

The technology helps retailers and manufacturers predict when their freight will arrive at its destination by analyzing location data from trucking companies, weather and traffic information, as well as information about wait times at warehouses. FourKites customers include retailer Best Buy Co. , food company Conagra Brands Inc. CAG -0.47% and agribusiness firm Cargill Inc.

The market for such services is growing as shoppers and retailers like Walmart Inc.demand speedier, more precise delivery of everything from consumer electronics to truckloads of sugar, beer and packaged foods.

Manufacturers and other businesses are relying on “just-in-time” shipments of components and raw materials. Last week, oil-field services firm Halliburton Co. warned that its first-quarter earnings would be hurt by delays in deliveries of sand used to hydraulically fracture shale wells.

FourKites’s Series B round, led by August Capital , AUG 0.96% includes additional funding from Bain Capital Ventures and Hyde Park Venture Partners . HYD -0.10% In 2016 FourKites raised $13 million in Series A funding led by Bain and existing investors including Hyde Park, and in the prior year raised $2.5 million in two seed rounds.

Founded in 2014, FourKites has 160 employees and plans to double its head count this year. In addition to expanding further in Asia and South America, FourKites plans to add to its range of prediction services, such as forecasting when customers’ trucks will be empty.

The company declined to comment on 2017 revenue or when it expects to break even, though Chief Executive Mathew Elenjickal said revenue increased by 400% over the past 12 months.

FourKites tracks at least one million loads a month for customers in the U.S., Canada and Mexico, Mr. Elenjickal said. About 80% are full truckloads of freight. The company also monitors less-than-truckload shipments, parcel delivery and cargo moving by rail and ocean. Recent deals include agreements to track supply chain for Unilever PLC in Europe and for Anheuser-Busch InBev SA in South Africa.