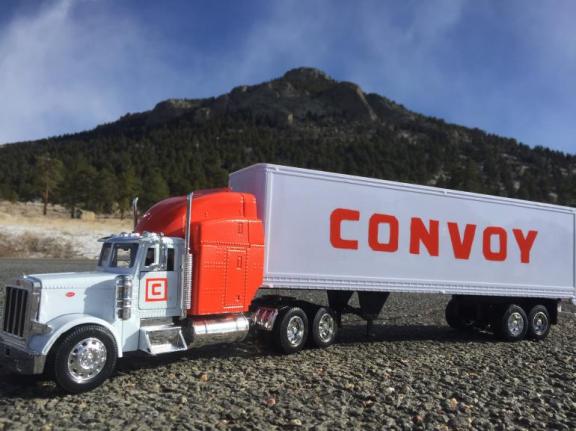 The Seattle startup now has more than 225 employees and 100,000 truckers on its platform that matches truck drivers with available jobs.

Convoy is making inroads in transforming the $800 billion U.S. trucking industry, creating a more efficient way to match truckers with the loads they carry. It launched on the west coast and is now working with drivers and shipments across the nation.

The startup helps facilitate shipments to more than 400 customers, including 20 Fortune 500 companies, and makes money by keeping a percentage of each transaction. It has deals with giant corporations like Anheuser-Busch and Unilever.

Convoy, which won Startup of the Year at the 2017 GeekWire Awards, also announced a partnership with Goodyear. Convoy carriers can now get 20-to-45 percent off on Goodyear commercial tires and have access to Goodyear’s Fleet HQ Roadside Service.