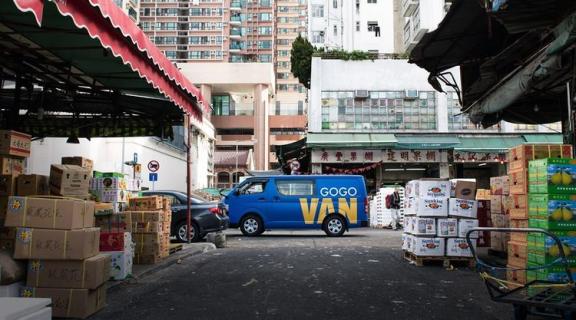 GoGoVan raises $250m in fresh funding from Alibaba-backed Cainiao, others

Hong Kong-headquartered last-mile delivery startup GoGoVan on Friday announced that it has raised $250 million in the first phase of an ongoing funding round led by venture capital firm InnoVision Capital.

The round was joined by Alibaba-backed logistics startup Cainiao, Russia-China Investment Fund, Hongrun Capital, Qianhai Fund of Funds and 58 Daojia Group. GoGoVan is often called the ‘Uber for delivery’ as it works like the ride-hailing firm in many ways, connecting users looking to move stuff with drivers in the area via an app.

GoGoVan said it will use the latest capital infusion to expand its service offerings and enter new markets. It also plans to introduce a new “door-to-door service” for small item delivery in the next few months, it added in a LinkedIn post. Last year, GoGoVan and Chinese peer 58 Suyun merged to create a $1-billion logistics heavyweight, thus creating Hong Kong’s first unicorn.

Following the merger, the combined entity is known as 58 Suyun in China and GoGoVan outside the country. 58 Suyun is the freight business unit of 58 Home, which claims to be China’s largest online marketplace serving local merchants and consumers and holds the majority stake in the combined entity.