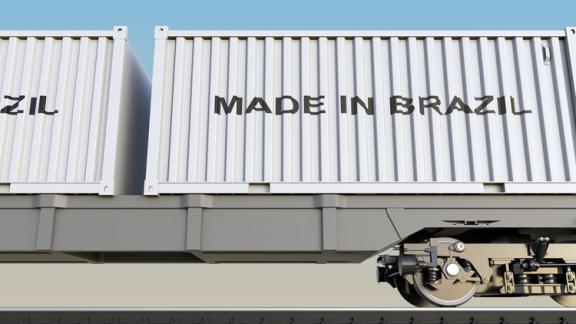 CargoX, Brazil's "Uber of Trucking," Raises $60M in 5th Round of Funding

In their fifth round of funding, Brazil-based freight broker CargoX has raised an additional $60 million. Led by Blackstone Group and Hudson Structured Capital Management, this round saw investments from Goldman Sachs, Qualcomm Ventures, Soros Fund Management, and Oscar Salazar, according to Crunchbase.

Reporting by Axios acknowledges that “the trucking industry can be very inefficient, with rigs often carrying half-full payloads. CargoX tries to correct this supply/demand imbalance by matching businesses with truckers who have excess capacity.”

In Bloomberg’s June 2018 profile of CargoX, its founder, Federico Vega, explained the opportunity CargoX has to shine in the Brazil market: "We have the chance to have a huge impact in Brazil," Vega said in an interview. "We're starting a revolution more than a company, getting top investors to explore this market."

FreightWaves also covered Vega's conversation with CargoX investor Oscar Salazar and TechCrunch, discussing the centerpoint of the investment: data. There are shipments in major Brazilian cities in need of truck space and CargoX has this database of trucking services willing to contract to ship the goods. Integrating this database with GPS devices helps local businesses locate the nearest truck driver available for deployment.

It served as a win-win situation for both parties, according to Vega. “Ideally, you should have trucks that are never running empty once - and for the drivers, waiting times should be nonexistent or minimal.” Prices are set based on distance to be driven among other factors. But since the technology is still in “the process of gathering data,” Vega believes that the future "will be about utilization of data.”

Despite investment from Salazar, co-founder of Uber, Axios notes that while “CargoX currently operates in Brazil” it “may eventually expand into other markets, where it could run into Uber, which recently expanded its own freight business.”

The most recent round of funding has brought investment totals to $95 million, according to Crunchbase.