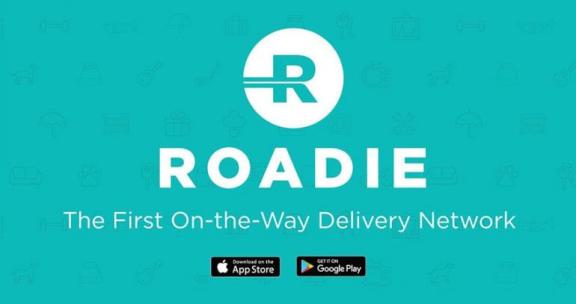 Over 57 million people in the U.S. have a “side hustle,” according to a recent Gallup poll, and a good chunk of those gig economy workers spend their off hours ferrying boxes to doorsteps through TaskRabbit, Postmates, or Amazon Flex. (McKinsey estimates that total annual deliveries in the U.S. will double within 10 years.) By far one of the largest independent contractees is Atlanta, Georgia-based Roadie, which launched in 2015 with the simple premise of recruiting a fraction of the estimated 250 million vehicles on the road to transport goods en route to their destinations.

In the roughly five years since its launch, Roadie has teamed up with brands like Delta, Walmart, the Home Depot, Kroger, Macy’s, and United to fulfill deliveries to over 224 metropolitan statistical areas (MSAs) around the country. To that end, the company’s more than 120,000 drivers have completed deliveries in just over 11,000 cities and towns — a larger footprint than Amazon’s Prime Now two-hour delivery service, it says.

To fuel expansion well into the next year, Roadie today announced at the Retail Industry Leaders Association’s Link 2019 conference that it has secured $37 million in series C funding, bringing its total capital raised to $62 million. The Home Depot led the oversubscribed round, with Warren Stephens’ and former Alphabet chair Eric Schmidt’s TomorrowVentures and others participating.

“In today’s hyper-competitive retail environment, it’s not enough to only offer same-day delivery to folks in NFL cities,” said Marc Gorlin, Roadie’s founder and CEO and cofounder of automated lending company Kabbage. “Our model is a game changer for retailers, wholesalers, and consumers who want same-day delivery of any item, of any size, to any zip code, at any time. An investment like this further validates our crowdsourced model, which retailers are fast realizing is a highly flexible, scalable, and cost-efficient option to reach all of their customers, wherever they might live.”

Here’s how it works: Shippers post a gig through Roadie’s app for iOS and Android, taking care to include details like the size of the item and its final destination. After specifying the delivery type — rush, same-day, or scheduled —  they get a flat-rate quote upfront, and Roadie uses predictive analytics to find a driver with the right-sized vehicle who’s headed in that direction.

For example, a delivery from Atlanta to Brooklyn, New York might cost between $228 and $509, while one from New Haven, Connecticut to Pittsburgh, Pennsylvania comes in between $123 to $291. (Large-item pricing is available based on mileage, and Roadie says that deliveries under 200 miles are usually completed the same day or the next day.) No matter the origination point, packages up to $500 (or up to $10,000 with protection from UPS Capital) are insured, and drivers keep a roughly 80 percent cut (from $8 to $60 for local deliveries and up to $650 for long-haul gigs).

Roadie drivers are prescreened and verified — they’re required to pass third-party background and DMV checks — and they have to maintain a minimum four-star rating to continue driving. Once the package (or crate) is picked up and on its way, customers can track its progress in real time on a map. Customers also receive confirmation photos and text updates from their driver at each point in the delivery process.

“The Home Depot is committed to building the fastest, most efficient supply chain in home improvement, and our customers have made it clear that same-day or next-day deliveries to their homes and job sites are a critical part of that,” said Mark Holifield, executive vice president of supply chain at the Home Depot. “We’re investing to bring this level of service to 90 percent of the U.S. population, and Roadie is a key partner for us in making this reality.”

Roadie’s focus has been shifting to the enterprise in recent months, as it has expanded its partnership with Delta and the Home Depot and introduced tools like an API that integrates with existing checkout and order fulfillment systems. In this vertical, it’s competing with Seattle-based Convoy, which raised $62 million in 2017 from backers that include Jeff Bezos and Bill Gates; Transfix, which operates in New York; and UberFreight.