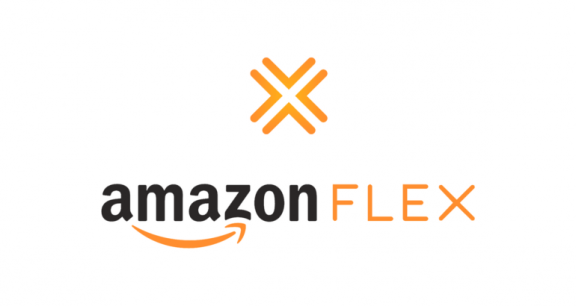 Flexe, a Seattle logistics startup that operates an on-demand warehouse marketplace, is helping them do that. The company today announced a $43 million investment round to meet demand from a growing number of companies needing “pop-up” storage space.

Flexe operates much like Airbnb — instead of matching travelers with open homes and apartments, it matches retailers with warehouses that have excess capacity.

Companies such as Staples, Toms, Ace Hardware, and others use Flexe to help support their online businesses and reduce the costly “last mile” delivery expense. Giant brands including Walmart and P&G are also customers.

Flexe benefits warehouse owners who make revenue on space that would have otherwise sat empty, which Flexe estimates is 20-to-30 percent of a given warehouse. More than 1,000 of them across the U.S. and Canada use Flexe’s software to bid on various offers, up from 370 warehouses three years ago.

Flexe tripled revenue in 2018 and was named the fastest-growing company in Washington state last year by Deloitte. 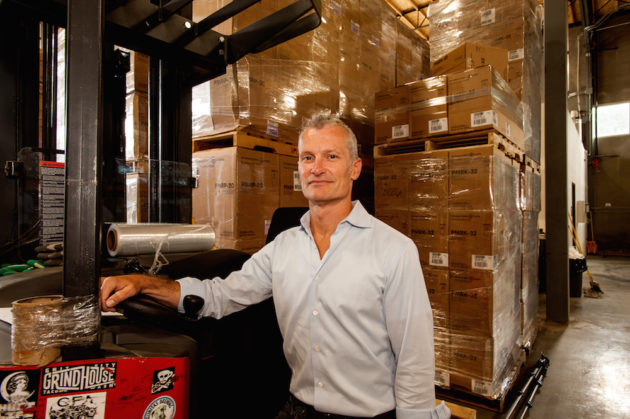 Flexe offers customers pay-as-you-go flexibility; merchants don’t need to sign long-term leases for warehouse space — only when they know how much capacity is required, as well as where and when.

They can avoid the fixed costs that often come with a lease, particularly for retailers that only need extra storage space for a limited amount of time — a beverage vendor that sees sales spike in the summer; a retailer that sells its inventory during the holiday season; or a company such as Lime, the fast-growing mobility startup that has thousands of shared bikes, scooters, and cars.

There are other unique use cases, too, such as Ace Hardware using Flexe to support its emergency response initiatives during Hurricane Florence and Hurricane Michael.

Flexe has described itself as a “warehousing-as-a-service” company.

“We needed space in the northeast U.S., the Midwest, and on the West Coast,” Justin Schuhardt, a supply chain executive with Walmart, said at a recent industry event. “So, what ended up happening was Flexe was able to, through their marketplace approach, give us a selection of different providers from coast to coast with different size buildings and different available capacity.”

Companies that depend on Amazon logistics to meet their customers’ expectations will hand over their customer data, customer experience and customer relationship to Amazon. We believe there’s a better way.

Walmart is one of many companies using Flexe in the e-commerce battle against Amazon. While Flexe’s customers are competing against Amazon, so too is Flexe itself.

Instead of selling on Amazon, Flexe offers brands an alternative that lets them ship products with their own branded boxes and existing shopping software. The third-party warehouses, meanwhile, handle labor and administrative work. It also keeps retailers from having to share any data with Amazon.

“Companies that depend on Amazon logistics to meet their customers’ expectations will hand over their customer data, customer experience and customer relationship to Amazon,” Siebrecht said. “We believe there’s a better way —  a new option that uses technology to offer an entirely new model for on-demand warehousing and fulfillment.” 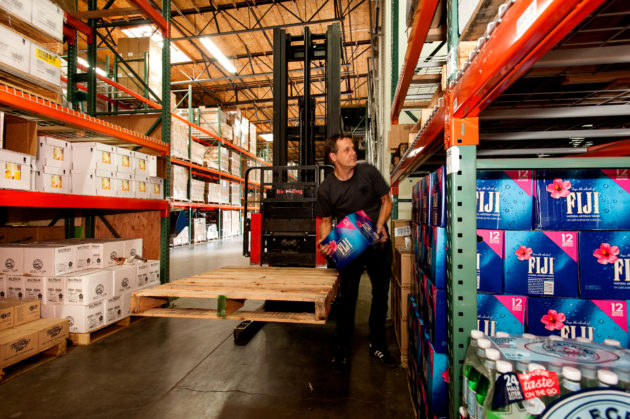 Amazon forever altered the retail landscape when it introduced the Prime two-day shipping program 14 years ago. The Seattle company upped the ante again late last month when it pledged to make one-day shipping its new standard for Prime members. Amazon will spend $800 million during this quarter alone on the new shipping initiative, signaling the importance of building out its fulfillment network to meet consumer demand.

But Flexe can offer similar delivery speeds given how many warehouses are on its marketplace. In fact, Flexe began offering overnight delivery service two years ago.

“Not only is our network of warehouses massive, it’s connected through a single technology platform and it’s provider agnostic,” Siebrecht said. “In other words, companies aren’t limited to a fixed provider or set locations of fulfillment centers.” 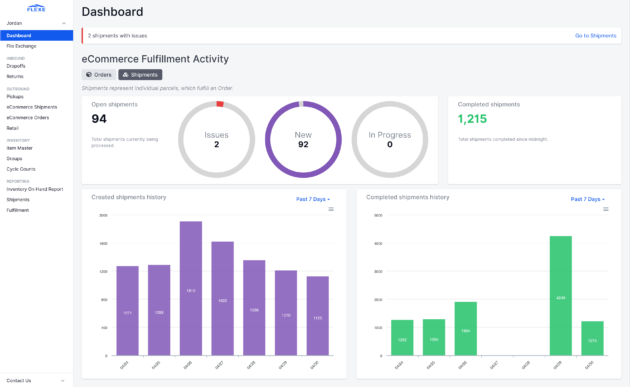 Consumer expectation for fast shipping is driven not only by Amazon but rivals such as Target and Walmart that have instituted their own two-day shipping initiatives and turned physical stores into mini-warehouses for popular programs such as order online and pick up in store.

Another is the rising cost of industrial real estate and the reduced availability of warehouse space. Will O’Donnell, managing partner at Prologis Ventures — an investor in Flexe — said vacancy rates in logistics real estate are near historic lows.

“As the industry continues to grow, we recognize the value of integrating flexible options into supply chain planning,” he said in a statement shared with GeekWire.

Prologis, a publicly-traded logistics real estate giant, is an example of a company that might be considered a competitor to Flexe “when in fact these companies are partners in the Flexe network,” Siebrecht noted.

Andrew Hitchcock, senior vice president at CBRE’s Seattle office, added that some many industrial landlords are seeking minimum five-year terms for new leases because of the tight market.

“Because of the minimum terms, companies are having to taking more space than they initially need in order to provide for future growth,” Hitchcock said. “Other companies later in their lease cycles may not have the flexibility within their current facilities and are looking for seasonal or short-term warehouse solutions.” 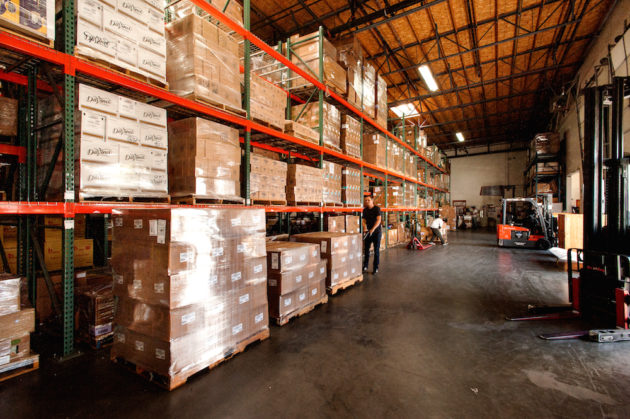 An additional use case for Flexe is when businesses face unpredictable problems that affect manufacturing and production with suppliers and distributors, such as President Trump’s China tariff that may go into effect Friday.

Siebrecht, a former executive at aQuantive and AdReady, said the new UPS service focuses on small and medium-sized businesses, while his company targets “high growth, venture-backed startups all the way up to Fortune 50 global corporations.”

Flexe has plans to expand internationally, but for now it is focused on the U.S. and Canada, said Siebrecht, a Pacific Northwest finalist for EY’s Entrepreneur of the Year awards. Siebrecht co-founded the company with Edmond Yue and Francis Duong.

Flexe estimates the logistics industry to be $1.5 trillion. The U.S. market for warehousing is worth $27 billion, according to IBISWorld.

Flexe, a finalist for the Next Tech Titan category at last week’s 2019 GeekWire Awards, is ranked No. 88 on the GeekWire 200 index of top Pacific Northwest startups. The company has 80 employees and plans to double its headcount this year.

This year Flexe has beefed up its C-suite by hiring Deirdre Runnette, the company’s new chief people officer and general counsel who was previously at Zulily; David Glick, chief technology officer who was previously a transportation exec at Amazon; and Matt Millen, chief revenue officer who came from Outreach. Flexe also just moved into a new, 24,000 square-foot office headquarters in Seattle’s Pioneer Square neighborhood.

As a result of the new funding, Raj Atluru, managing director at Activate Capital, has joined the Flexe board.

“Flexe presents such clear value for forward-looking businesses who recognize that structural flexibility is a competitive differentiator and key ingredient to winning in the market,” Atluru said in a statement.

Tiger Global, which co-led the round with Activate Capital, has made several recent Seattle investments, including leading a $50 million round last week for Zenoti. It also led a $28 million round for Seattle marketing startup Amperity; a $50 million round in Seattle-based real estate company Redfin; and is an investor in Bellevue, Wash.-based OfferUp, a Craigslist competitor valued at more than $1 billion.

Siebrecht called Tiger Global “one of the most sophisticated and experienced e-commerce and logistics technology investors in the world.”

The investment from Madrona is also notable given the Seattle’s firm’s new focus on later-stage deals. Madrona last week revealed a new $100 million “acceleration fund,” though the investment in Flexe came from its core fund.