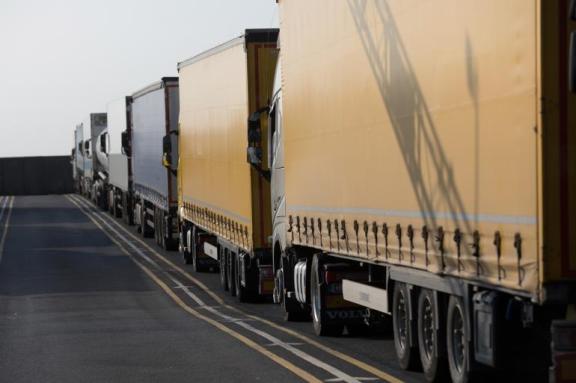 The Vision Fund 2 and other investors are giving Flock Freight (https://www.flockfreight.com/ ) more than $100 million. Flock Freight, a company that is applying advanced algorithms to the freight business, closed on the investment last week. The deal values Flock at close to $500 million.

The startup is seeking to rethink the widely used hub-and-spoke system in trucking, in which networks of trucks shuttle goods via intermediary locations. Hub-and-spoke trucking has become the main way to ship less than a full truckload of freight. That segment is worth more than $40 billion annually, and remains highly fragmented.

Flock’s technology works by finding at least two loads of freight that are coming from and going to roughly the same place at the same time, then matching them together on the same truck. It’s a feature that’s particularly helpful for shipments to smaller cities. Six months after the company first started shipping freight, it took Flock’s computers eight hours to locate its first match, by which time the shipments had already been trucked away. Now, the computing system takes just a few seconds to crunch the data and locate pairings.

Before the current funding, Flock had raised more than $70 million. Existing investors SignalFire, GLP Capital Partners, and Alphabet Inc.’s GV will join the round, which also includes an investment from Volvo Group Venture Capital. Flock is a certified B Corporation, meaning it has defined goals of making a positive impact on society in addition to profits.