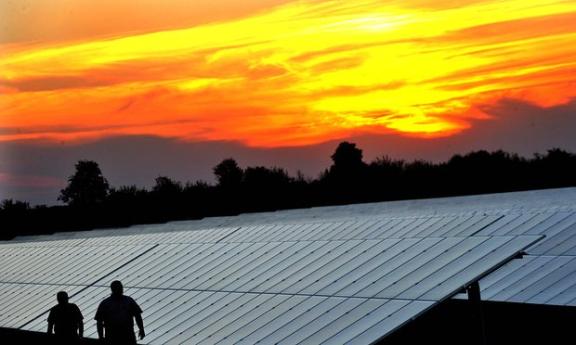 It was the worst nuclear accident in history, directly causing the deaths of 50 people, with at least an additional 4,000 fatalities believed to be caused by exposure to radiation.

The 1986 explosion at the Chernobyl power plant in Ukraine also resulted in vast areas of land being contaminated by nuclear fallout, with a 30-kilometre exclusion zone, which encompassed the town of Pripyat, being declared in the area round the facility.

Now two companies from China plan to build a one-gigawatt solar power plant on 2,500 hectares of land in the exclusion zone to the south of the Chernobyl plant.

Ukrainian officials say the companies estimate they will spend up to $1bn on the project over the next two years.

A subsidiary of Golden Concord Holdings (GLC), one of China’s biggest renewable energy concerns, will supply and install solar panels at the site, while a subsidiary of the state-owned China National Machinery Corporation (Sinomach) will build and run the plant.