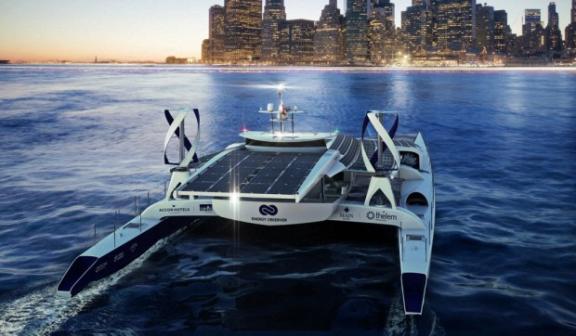 In 2017, a high-tech ocean vessel powered by the sun, wind and sea water will start a 6 year journey; during which it will visit 50 countries – including Australia. 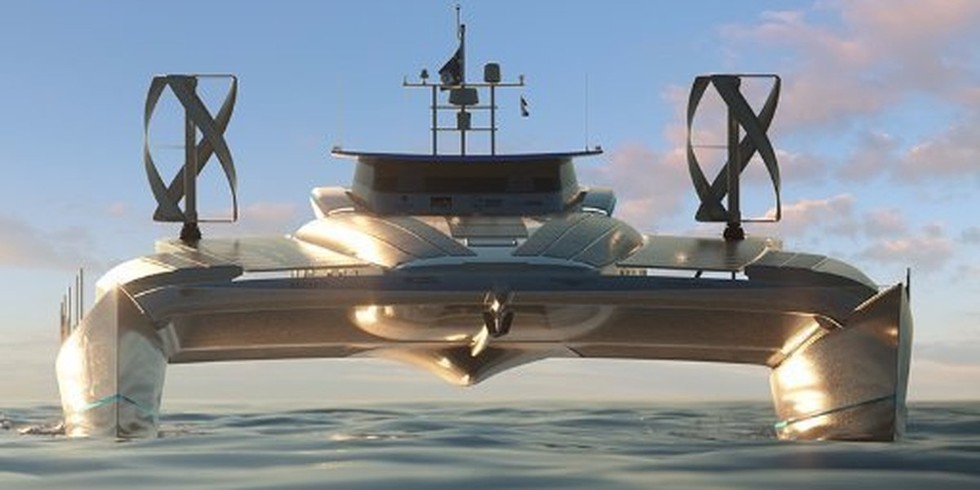 Powering the vessel’s electronics and propulsion are 130 square meters of solar panels, two vertical axis wind turbines, two electric motors and equipment for electrolysis, which will use sea water to create hydrogen fuel. In a nod to a more traditional form of nautical propulsion, the craft will also be rigged with a kite sail.

During favourable weather, batteries charged by wind and solar energy will power the electric motors and also provide the power for electrolysis to create the hydrogen. In unfavourable conditions and at night, the stored hydrogen fuel will be used, via a fuel cell.A fuel cell converts chemical energy into electricity through a reaction of positively charged hydrogen ions with oxygen or another oxidizing agent.

The use of sea water to power a vessel in such a way will be a world-first.