Why put a solar energy farm on water at all?

“Water companies might not have a lot of land to build these on, but they have a lot of reservoirs,” says OST Energy director and co-founder Simon Turner.

Indeed, water company United Utilities created a £3.5M floating solar farm on the Godley reservoir in Hyde, Greater Manchester, in 2015. With 12,000 panels, this farm provides United Utilities’ water treatment works with around a third of their energy requirements.

But it is not just water companies that can benefit from floating solar farms. When connected to the National Grid, a floating farm can support electricity demand too. So will they catch on?

Turner is unconvinced. “It’s quite a niche development,” he says.

“It’s not appropriate for everywhere, especially where land isn’t a premium. It’s an added layer of complication that you might not need to bother with.” 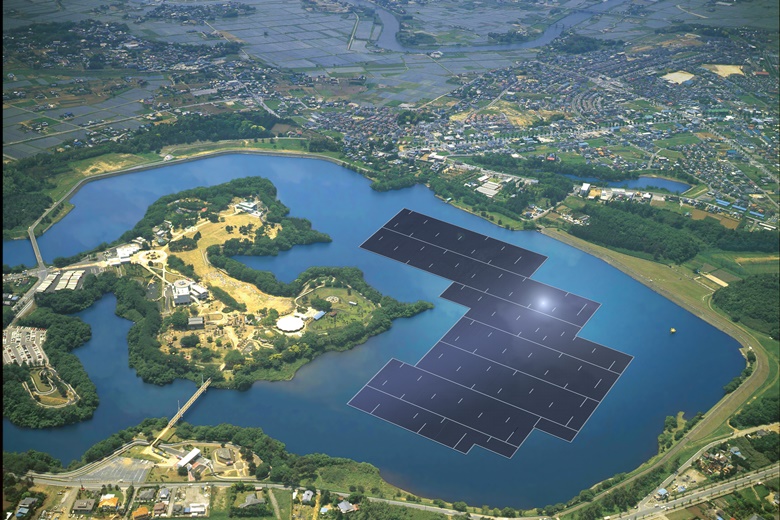 But in places where land is at a premium, it makes sense to use all the space at a developer’s disposal – including the surface of a reservoir.

But the company’s most ambitious floating solar farm to date is a planned 13.7MW facility on the Yamakura Dam Reservoir. Once finished the farm will cover 180,000m2and produce an estimated 16,170MWh per year — enough electricity to power approximately 4,970 homes. Construction of the 51,000 module farm started in December 2015 and is scheduled to finish early 2018.