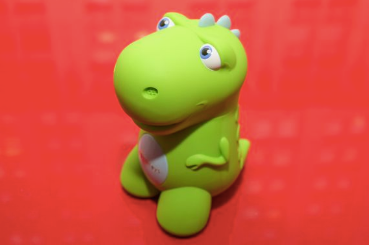 How Marine Training Helped a Talking Dinosaur Come to Market

CEO of smart-toy startup credits time in the Marine Corps Reserves for skills he took to the tech and toy industries.To Donald Coolidge, veterans are a lot like MBA students, which makes them great candidates for the startup space.

"They are really good at making decisions quickly, and without a lot of information available, which in the startup world is extremely helpful," said Coolidge, who has successfully applied his US Marine Corps Reserve training to the market battle in the AI toy arena.

Coolidge, 30, is CEO of an internet-connected toy company called Elemental Path. He served nine years in the Marine Corps Reserves, including a deployment in Iraq. While transitioning from the armed forces back to civilian life can often be a difficult battleground for veterans, Coolidge said being in the reserves kept him rooted in both lifestyles.

He and his co-founders, Sean O'Shea and JP Benini, applied that speed when they took the CogniToys Dino toy from Kickstarter to product. Elemental Path was founded in August 2014, launched its Kickstarter in February 2015 and launched the first wave of the Dino toy later that year.

"About a year or so after we launched the company, we were actually pushing Dinos out into the public," he said.

The Dino is similar to the Amazon Echo speaker in some ways: It connects to a Wi-Fi network and when a child speaks to it, the toy answers questions and plays games. Unlike the original Echo, the toy only listens in when a button on the Dino's stomach is pressed.