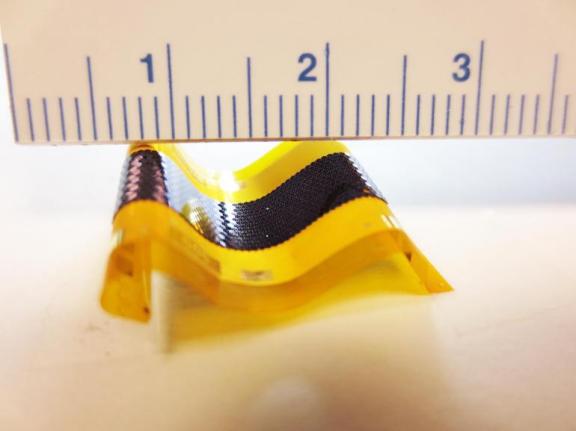 Small, lightweight, flexible: these attributes when applied to solar cells hint at a far-off clean-poweredfuture to come. But Sandia National Laboratories is now one step closer to seeing the tiny bendy solar cells they’ve developed, which they call solar glitter, on the market. These energy-generating cells could easily be integrated in small gadgets like drones, satellites, or smartphones.

Former Sandia scientist Murat Okandan started his own company, mPower Technology, Inc., and recently signed a licensing agreement with Sandia for microsystems enabled photovoltaics (MEPV), the technology that makes solar glitter possible. Okandan described the moment as a key milestone, saying, “It is an extremely exciting time in the solar industry with the upcoming critical, rapid change in the worldwide energy infrastructure.”

MEPV draws on microdesign and microfabrication techniques to create the tiny solar cells that are then are released into a solution much like printing ink. The mix is then printed onto an inexpensive material. mPower will commercialize MEPV as Dragon SCALEs, which Sandia says will “fit into and power devices or sensors of any shape or size.”