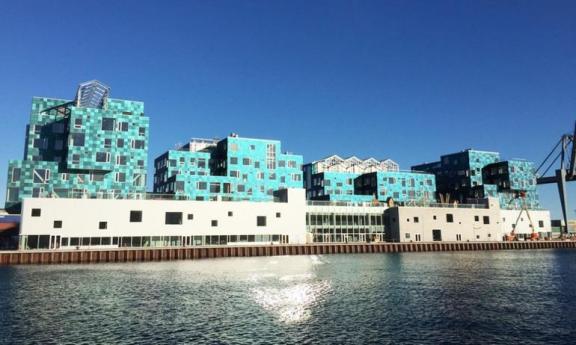 This Danish School Has Installed The World’s Largest Solar Facade

A new building in Copenhagen is covered by 12,000 colourful solar tiles, making it one of the largest building-integrated solar power plants in Denmark.

The tiles completely cover the building and will provide it with 300 MWh of electricity per year, meeting over half of the new campus of Copenhagen International School’s energy needs.

But aside from being the largest installation of its kind in the world according to the developers, the tiles are also architectural features in their own right.

Based on a new technology developed in Switzerland, the tiles are a distinctive “sea green” – not unlike Copenhagen’s iconic Little Mermaid statue.

The unusual color is the result of a complicated process of light interference developed over more than a decade in the labs of the Ecole Polytechnique Federale in Lausanne (EPFL).