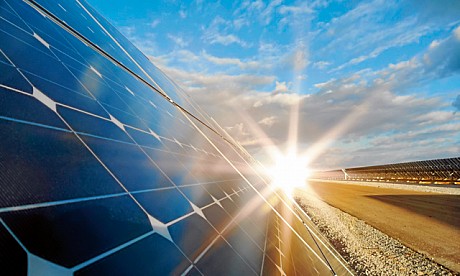 Abu Dhabi's government-owned power utility aims to close a financing package for a 3.2 billion dirham ($872 million) solar power plant, which will be the world's largest, in April, a senior official at the utility said on Sunday.

The project is ADWEA's first foray into renewable energy. Abu Dhabi aims to generate 7% of its energy from renewables by 2020; the government's green energy firm Masdar has launched renewable energy projects including solar plants.

The plant, to become operational in 2019, will be funded 25% by equity and 75% by debt, Adel al-Saeedi, acting director of privatization at ADWEA, told Reuters. ADWEA would contribute the equity while local and international banks would fund the debt.

The winning bidders offered to provide electricity for 2.42 cents per kilowatt hour, one of the most competitive prices seen to date in the solar industry, Saeedi said.