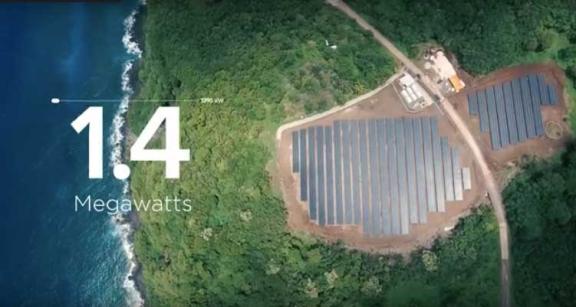 Ta'u, an island in American Samoa, has turned its nose at fossil fuels and is now almost 100 percent powered with solar panels and batteries thanks to technology from the newly combined Tesla and SolarCity.

The microgrid is operated by American Samoa Power Authority and was funded by the American Samoa Economic Development Authority, the U.S. Environmental Protection Agency and the Department of Interior.