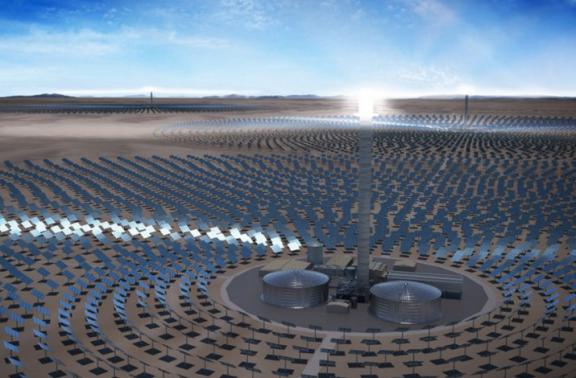 The Chilean government recently gave the go-ahead on a massive solar thermal plant that is expected to produce electricity 24 hours a day, seven days a week—a considerable feat for a plant that depends solely on solar energy. The plant, proposed for a site in Chile’s Tamarugal province, would consist of three 150 megawatt solar thermal towers, which become heated as mirrors placed around each tower reflect sunlight onto it.

That heat is transferred to molten salt, which circulates through the plant during the day and is stored in tanks at night. The salt, a mixture of sodium nitrate and potassium nitrate that’s kept at a balmy 1,050 degrees Fahrenheit (566 degrees Celsius), is used as a “heat transfer fluid.” As energy is needed, the salt can be dispatched to a heat exchanger, where it will lend its heat to water to create a super-heated steam. That steam is used to move a traditional steam turbine to create electricity. Because the molten salt will stay hot for hours in its thermal storage tank—even throughout the night or during a cloudy morning—the molten salt is said to store that thermal energy. Each tower will have 13 hours of energy storage, for a total of 5.8 gigawatt-hours of energy storage capacity. 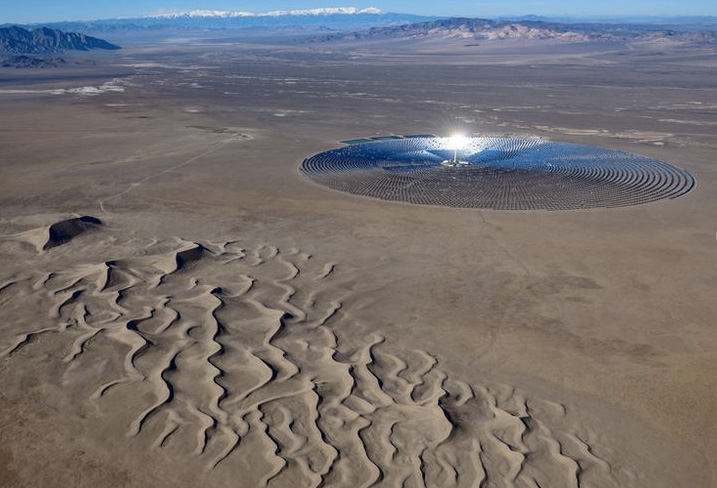 In total, the proposed Tamarugal Plant would be able to provide 450 MW of power continuously, 24 hours a day. The plant could theoretically generate 2,600 GWh annually.

SolarReserve, the US-based company that proposed this project, has also proposed two others—a 260 MW, 24-hour plant near the city of Copiapó in the Atacama Region of Chile, as well as a 390 MW, 24-hour plant in the Antofagasta Region. Mary Grikas, a SolarReserve spokesperson, told Ars via e-mail that Copiapó is shovel-ready, and now Tamarugal is, too, with the Chilean government’s recent approval, which assessed the site for environmental impact. The plant in Antofagasta is still waiting on permitting approval.