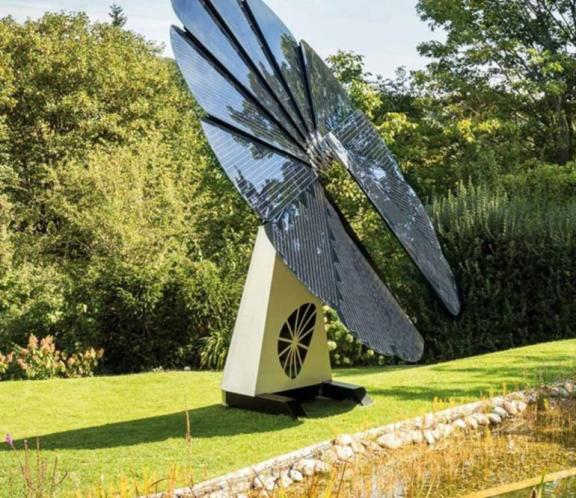 Smartflower Solar Power is Putting a Twist on ‘Petal’ Power

Think solar power for your home isn’t an option? It just may be with Smartflower.

For those who are renting or don’t have enough sun exposure on the roof, there just might be a solar solution for powering your home after all. Enter Smartflower POP,  billed as the comprehensive “all-in-one” solar solution that includes an integrated power storage unit making  it independent of the power grid day or night.

Smartflower POP is inspired by the sunflower, which reaches and turns its blossoms towards the sun to seek out the benefits of the sun’s energy. Smartflower POP features two movable axes allowing the system to follow the course of the sun fully independently throughout the day. First launched in Europe in 2014, the company expanded its solar power system to the North American market in 2016.

The System delivers between 3,400 and 6,200 kWh per year, which while it won’t get you off the grid, it can make a dent in the average U.S. household electricity usage of around 10,000 kWh per year. The key to the Smartflower POP solar power system is not size, but that it allows for more efficient use and performance through its tracking design.

Boasting about the simple setup to produce clean electricity, Smartflower is delivered as an all-in-one complete system and can be operational within an hour. It’s a freestanding photovoltaic structure that features the plug and play connectivity that we consumers have come to expect (and love).